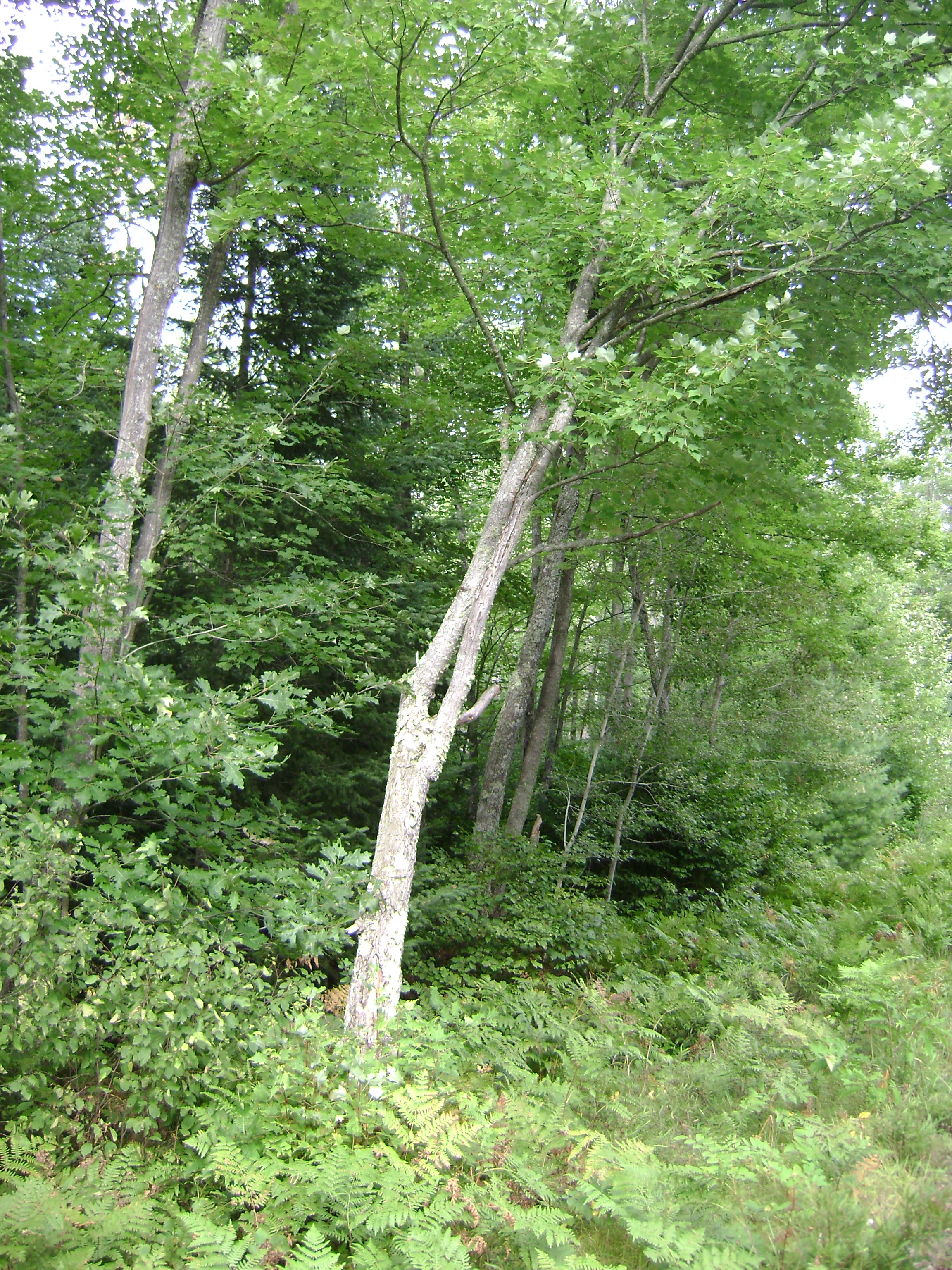 Getting your forest filled with trees that are healthy and fast growing is all about removing the right trees in the right order.

I was recently walking in a friend’s woodlot (let’s call him Steve) and he was picking my brain on what he needs to do to get his woods in shape.  Eventually we got to an area where he was felling trees for firewood and he asked me if there was some kind of system he could use to help him decide which trees to harvest.  My response was, “you have come to the right place.”

There is a relatively standardized “order of removal” that many foresters utilize when deciding which trees to harvest and which to let grow.  If you know your trees and have a bit of knowledge on how they grow, then you can utilize this system too.

Before you get started in this process, you need to figure out what you want to get out of your woodlot.  When you have that figured out, then identify which trees you want to favor to achieve your goals.  Now Steve’s goals are to attract more wildlife to his property, produce firewood for his own use, and promote visual diversity and fall colors.

The way the system works is like this.  For areas of your woods that have too many trees (or too high a density of trees), start by removing trees identified in the first step of the process.  Then evaluate the area again to see if there are still too many trees.  If the density of trees is still too high, then remove trees identified in the second step.  Continue in this manner through all six steps.

The first step in this process is to remove trees that will probably die before you might get back into that section of woods again for harvesting.  These are called high risk trees and may only live another 5-10 years from when you evaluate the stand.  These can be diseased or dying trees that could make fair firewood before they rot. Check out this page on our site to learn more about you determine which trees are dead/dying and which are not.

The next step is to make room for the trees you want to grow.  For Steve this means harvesting the ironwood that are crowding the oaks he wants for wildlife habitat, and preventing their growth.  Be sure to pick trees to leave that have a dominant position in the canopy, and are without damage or diseases.

The third step is to harvest trees with a smaller diameter and poorly developed crowns that do not have a dominant position in the canopy.  (Diameter is measured at breast height, which is 4.5 feet above the ground.) These “suppressed” trees ultimately may not amount to great trees and are using precious resources that could be diverted to other, more healthy trees.

Up to this point in the process, you may have been removing trees that aren’t among your favored species, based on your goals.  Over the next three steps, you will most likely be making decisions regarding which among your better/favored trees to harvest.

The fourth step is to remove trees with poor form or of low quality.  These trees might have some damage to them like a broken top, or their shape is such that they will never become large, vigorously growing trees.  You ultimately want the best quality and healthiest trees to be growing in your woodlot.

The next step is to choose among your favored trees to harvest or leave to grow.  For Steve, this might mean leaving some birch and red maple and harvesting the oak.  This helps to achieve his other goals of maintaining some textural and fall color diversity.

The final step is to make sure your favored trees have enough space between them to grow.  This is similar to the second step in the process, but here all you have are your “good” trees to choose from.

For some parts of your woodlot, you may only get through the first step before you realize that the density of trees is about right.  In other areas, you may jump right to the sixth step, and this is true for parts of your woods that you have been harvesting in for many years.

All this made immediate sense to Steve, and he realized he was already doing it to some degree.  He noted he would need to pay more attention to his goals when harvesting trees for firewood.