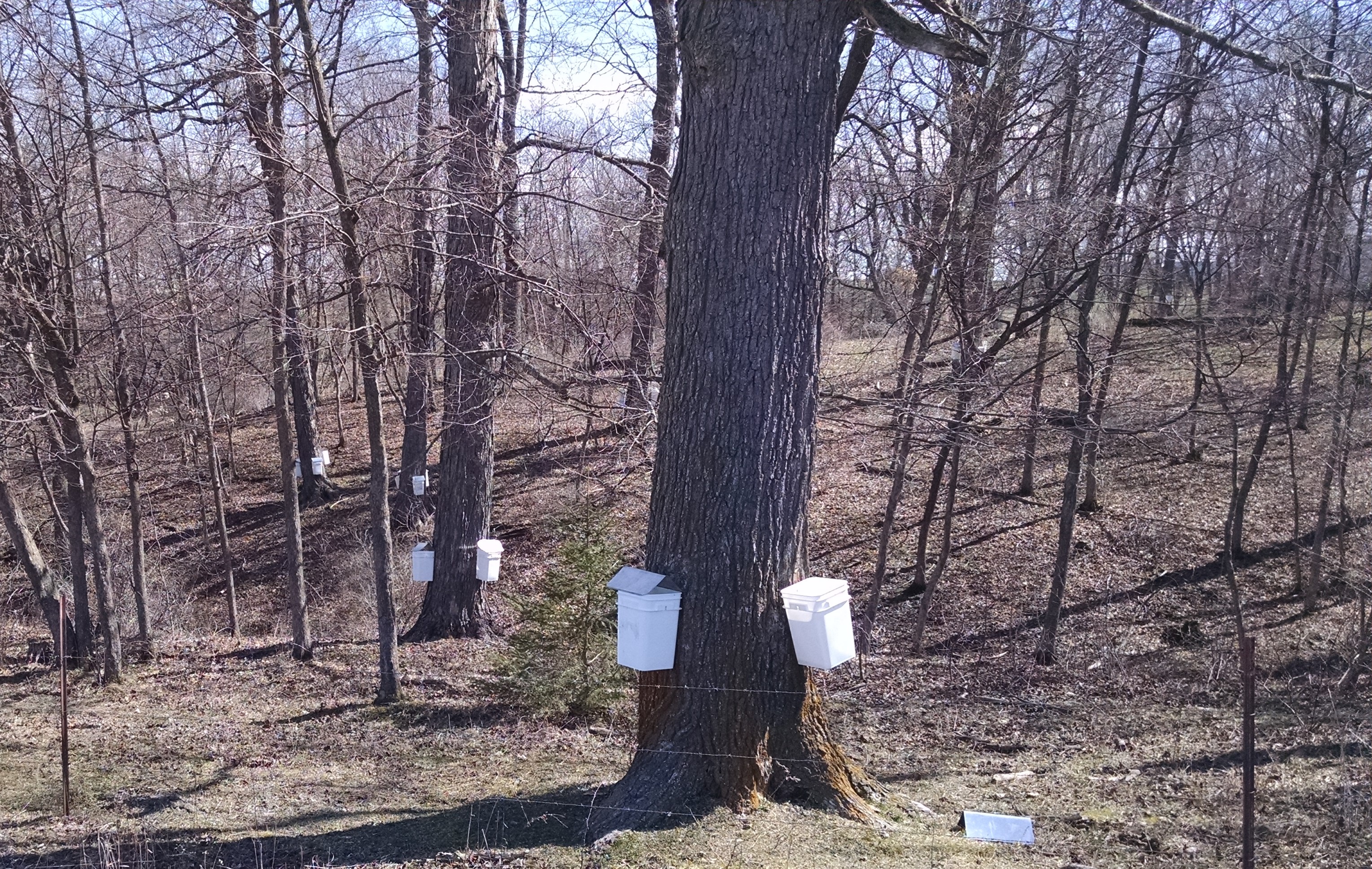 It’s that perfect weather, with the fire roaring, and you sit down at the breakfast table with your steaming mug of coffee, a stack of warm pancakes, and that sweet local Wisconsin maple syrup. Chances are pretty good it’s from Wisconsin anyway, since we are 4th in the nation for production. In 2010, we reported 225 thousand gallons of production. This is of course assuming that you didn’t make the syrup yourself. In the past few years though, we’ve been hearing more from landowners and producers who are both asking about potential leases on maple trees. So, if you don’t have the time or money to invest in your own syrup operation, let’s explore what it would mean to lease your trees.

Let’s start by looking at the various considerations before you start working on a contract or searching for renters. The first big question is whether or not you have enough maples in the correct density and size to make a lease attractive to a producer. The absolute minimum to attract a producer would be 50 taps per acre (though most trees will have more than one tap); 80 taps per acre would be more desirable. A tree has to be a minimum of 10 inches diameter before it can be tapped, and its size will determine the number of taps it can support. (Learn how to measure diameter.)

An important question to ask yourself is whether maple syrup production fits with your other interests in your woods. Many producers are using tubing for harvesting sap, and since it is expensive and time consuming, they keep the tubing up year round. If you use your property heavily for recreation or hunting, would this impede your use of the woods? The tubing is blue, so you won’t accidentally miss it and walk into it. On the other hand, if aesthetics are of concern, it may not be appealing to you. There are still some that operate with bags or pails, so it may not be a deal breaker.

If you have an interest or need in growing high value timber, you will want to make sure that the maples are either not part of that plan or understand the impact of tapping on timber value. The act of tapping doesn’t impact the whole tree value, however, the holes made during tapping reduce the quality of the bottom (often called butt log) of the tree. You can also exclude maples from the contract that you or a forester think might be high quality in the long run. Also, those tubing lines we talked about before? Those would impede a timber sale, so you would want to work the lease physically around a timber sale or make that a consideration in the lease length.

In Wisconsin, forest land is often assessed, for tax purposes, as either “productive forest” or “agricultural forest”. Agricultural forest is woodland where the owner has agricultural land that is contiguous. However, if that woodland is primarily used for sap production, it may qualify for as agricultural land, which is taxed at a much lower rate, called “use-value assessment”. In order to qualify for that assessment, the land has to have clear evidence of use for sap production, and meet a minimum number of taps (not trees) per acre. The Department of Revenue has a YouTube video with more information on use-value assessment for maple syrup.

A colleague of mine did an informal survey of producers asking about leases. There was no consistency in use of lease agreements however. The length of the leases varied from 1 to 10 years, though this could represent the difference between bags/pails and tubing. Rental prices ranged from $0.50 to $1.00 per tap. However, some producers used an exchange of goods or services rather than a rental fee. All of the producers were interested in a more formal lease agreement in the long run though. We don’t have a lease agreement specific to Wisconsin, but our colleagues from Vermont (the #1 producing state) have an agreement that has been shared.